Charming Glaive who Carries a Gun

Gree Wendheim is from the village of Salim, five days east of Auspar. Gree saved some villagers from shadow creatures, and set off to the City of Needles to inform the king about it. But the Auspar kingsguards arrested him and threw him into the dungeon—they didn’t want him telling people about the shadow creatures.

Gree met a fellow prisoner in the dungeon, Travis (glaive), an aspiring Angulan Knight on his way to the sea kingdom of Ghan, but was arrested for being a Malevich spy (he isn’t). The people of Thaemor do not like their neighboring kingdoms at all, and are very suspicious of outsiders. 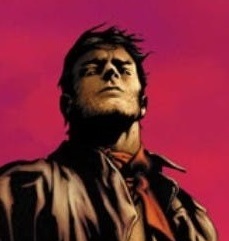