After an evening of partying and drinking with the Spider Knight and her bandits, the companions waited until everyone but the one guard was asleep in their beds. Gree convinced the guard to go into the tower to check something out, while Earl snuck in there with the portable hole, releasing the astraphin monolith upon them.

With that encounter over with, and the bandits left without a leader now, the companions searched the tower, looted the bodies, and tossed the scorched body of the Spider Knight over the back of one of the yakul. This they delivered to Kordech with the note “You’re welcome” attached to the body.

The two Aeon Priests had more than a day’s headstart on them, but Earl pointed out that they’d probably be traveling slow with all of their possessions on their journey to Qi.

After a day of traveling across the flat, rolling land of plains, the companions spotted a herd of deer. Gree and Earl shot a couple. Everyone was excited to eat venison tonight. The rest of the herd, having scattered at the noise of the shots, started making their way toward the party, who themselves were baffled at this behavior. And then the ground behind the herd bulged upward, and a giant beast of fused organic and inorganic substances emerged, a lumbering giant, terrifying to behold! The companions fled in the opposite direction as fast as they could. 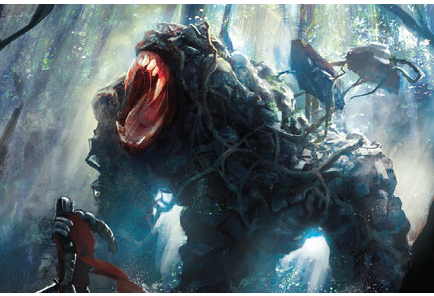 The next day it rained. All day. A veritable torrent of water flooded the landscape. The companions took shelter in a cave for the night.

Setting out the next morning again, they traveled all day and into the night, finally catching up with the Aeon Priests early the following morning. Vipio, flying ahead on his giant moth, spied a wagon stranded on the path, its draft animals dead. Two bodies lay nearby. And half a dozen bandits were shooting at the wagon.

The companions surprised the bandits and made short work of them. An Aeon Priest crawled out from underneath the wagon, followed by her three remaining guards. This was Margaret, one of the two Aeon Priests from Kordech. She was extremely grateful toward her rescuers, but also extremely distraught about the death of her partner, Reuben, the other Aeon Priest. Gree asked for his slugthrower back, and Margaret was happy to oblige. She’d added the tusk bayonet on it for him, and told him that she didn’t want to leave it behind to be confiscated by the baron. Margaret also gave Sarren her fireproofing spray back. She asked the adventurers if they wouldn’t mind escorting her to the next town, Sarrat, to purchase new pack animals. Vipio offered to instead hitch up his and his companions’ yakul to the wagon. That worked, too, and pretty soon they were all on their way again.

Cylens spoke with Margaret about Evanora Mnoma, describing everything he and his comrades had learned in her spaceship-home: the Convergence, the Venerator, Bilu-sha-ziri, and the Empty Sanctum. Margaret confirmed that Bilu-sha-ziri meant “the Lord of the Seed” in a long-forgotten language. However, this name had a particular meaning in more obscure circles, she said. Bilu-sha-ziri was the source of ultimate power, a part of a prophecy whispered by fringe thinkers and people thought to be crackpots. The idea held that the ancients must have had power sources beyond reckoning to accomplish their wonders, and such an energy source might still exist. If it were found, those who could harness it would be like unto gods. Cylens agreed that the Convergence should definitely not be in control of anything like that. And speaking of Convergence, Margaret told Cylens that they were an organization that revered the knowledge of the past, but unlike the Aeon Priests, they sought to use it to grant power to themselves, not to help others. In this pursuit, they were ruthless, using coercion, deceit, and violence to get what they wanted.

Sarren wondered if the Convergence had anything to do with the murder of her cousin back in Auspar. Perhaps those kingsguards, using skycrystals to turn Nalia into a shadow, were in fact Convergence spies?

Margaret asked if the adventurers could escort her all the way to Qi, so she could report all of this news to the Amber Pope. She admitted that Cylens and Sarren might be Aeon Priest material, after all. 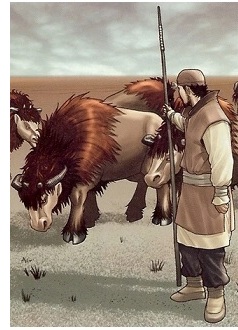 Later that day, the party encountered a shiulherder. Sarren asked him about Castle Sarrat. The herder told her that the wealthy, powerful Horges family had long ago claimed an ancient structure made of glass and steel, and founded the town of Sarrat, which grew around this glass tower. Somehow, the tower was able to produce edible food for hundreds of people at a time, enough to support not just the family but the entire town as well. Naranial Horges, the head of the family, was a renowned swordsman, and welcomed travelers and adventurers to his table.

And indeed, when the companions arrived at the gates of Sarrat, the guards gave them a warm welcome and invited them inside. The farmers in the fields outside the walls, and the artisans and merchants and workers inside the walls, all appeared to be in good health and disposition. Margaret and her three guards went off to the Order of Truth church to lay her dead partner and the one dead guard to rest.

Naranial Horges, who seemed to take a special interest in Sarren, invited them to dine with him inside his tower of glass.

Over dinner, Naranial ranted about his own prestige and boasted of his exploits, which Gree suspected were mostly tall tales. Cylens was suspicious of the cuisine. He watched the servants bring out heaping dish after dish of soups and yogurt and mashed potatoes and applesauce and smoothies and hummus and cottage cheese and oatmeal and mashed squash from the kitchen in seemingly endless amounts. When he asked Naranial about it, the lord explained that this tower included a numenera device that could synthesize food from pure light. But since the food was tasteless, his people still needed gardens and livestock to supplement the artificial food. Cylens scanned the food, noting that it was made of fabricated material with some various additives. 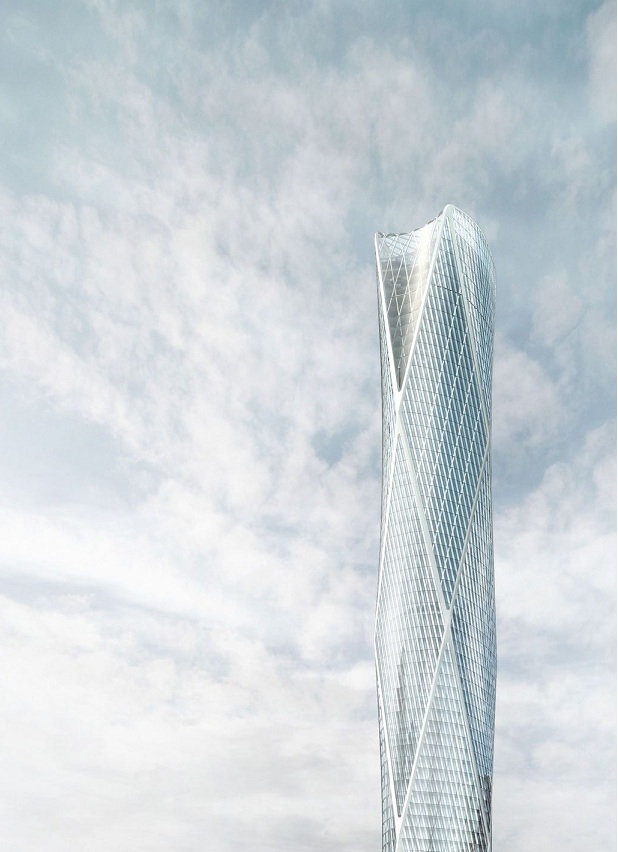 The feast went on well into the night. The food was invigorating and made everyone feel happy and content. Vipio enjoyed the free beer too much, while Earl drank conservatively. Gree challenged Naranial to a duel, but the lord refused, instead volunteering one of his vassals named Thurg. Gree bested Thurg twice out of three bouts, catching the attention of a feasting Aeon Priest who invited him to the church that night. Earl went with them. Cylens, Sarren, and Vipio were escorted to their rooms, which turned out to be extremely comfortable, with a beautiful view of the nightfallen landscape.

The Aeon Priest, whose name was Matchitehew, asked Gree to go to the town of Jaston in the country of Ghan, steal a water purifying device, and bring it back here to Sarrat.

Matchitehew insisted that the people of Jaston were using this purifier to craft a toxin to poison the people of Draolis. Gree accepted this quest for the payment of one cypher and one artifact. Earl asked about Margaret, the other Aeon Priest they came here with. Matchitehew responded that she was in the graveyard out back. So the two brothers returned to their companions at the glass tower and retired for the night.

The next morning, the companions all decided on their next course of action over breakfast. Again, the food was endless and very satisfying, even if it did not originate from any known plant or animal.

Cylens grew more suspicious with each return trip the servants made to the kitchen. He asked to be given a tour of the kitchen, but the staff denied his request. Vipio, stuffing his face with pancakes and more beer, dismissed the nano’s suspicions and told him to just enjoy the free food. Gree convinced everyone to go to Jaston with him to retrieve this water purifier for the Aeon Priests.

And so it was decided. They would head off for Jaston, bring the water purifier back here, and then continue their journey to Qi, with or without Margaret and her guards.